Mental Illness – A Growing Problem That Needs Our Focus 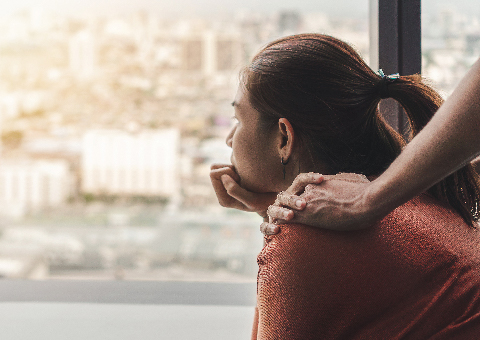 Mental illness is a big and growing problem in the U.S. and globally, yet we are far behind other diseases in understanding the basic science and innovating treatments and cures for these conditions. According to NIH, more than 50 million Americans experience a mental illness in a given year. Depression and anxiety are on the rise – up by almost 50 percent in the last two decades. Worldwide, every 40 seconds one person dies from suicide, with more than 70% of those people having been diagnosed with a mental illness.

Yet spending on innovation is lagging. NIH funding for mental illness research is one third that of cancer. From 2006 to 2016, the number of pipeline programs in mental illness at large pharmaceutical companies fell 70 percent.

This environment of exploding costs and reduced funding and focus on research creates an epidemic-level problem – and it can only be solved through a strong commitment to invest in mental illness science and treatment innovation across healthcare.

The good news is there is hope on the horizon. There are many great programs being funded today to better understand these diseases and enhance our ability to find new treatments and cures. Programs like the BRAIN Initiative will provide a dynamic picture of the brain that could lead to new treatments. Scientists at The Stanley Center for Psychiatric Research at Broad Institute are doing important work in genetic mapping for schizophrenia, bipolar disorder and autism. These and other efforts could have a profound impact on the treatment of mental illness, similar to the Human Genome Project’s impact on advances in oncology and immunology.

At Allergan, we are excited for these investments in basic science that will enhance the ability to discover, develop and provide new treatment for patients. We are also doing our part to support R&D for new treatments.

We are advancing the development of rapastinel, a potential game-changing treatment for severe depression that recently received a Breakthrough Therapy designation from the FDA and will begin Phase 3 trials later this year. We have a research collaboration to support the discovery and development of novel therapies for Autism Spectrum Disorders (ASD) and Obsessive Compulsive Disorders (OCD). And we are working to develop a broad portfolio of novel muscarinic receptor agonists for the potential treatment of major neurological disorders, including Alzheimer's disease.

The problem of mental illness is one of the biggest threats to our society today. To face this head on, we must be focused, invest more resources and work toward finding and developing treatments, and ultimately cures, for the millions of patients around the world battling mental illness.